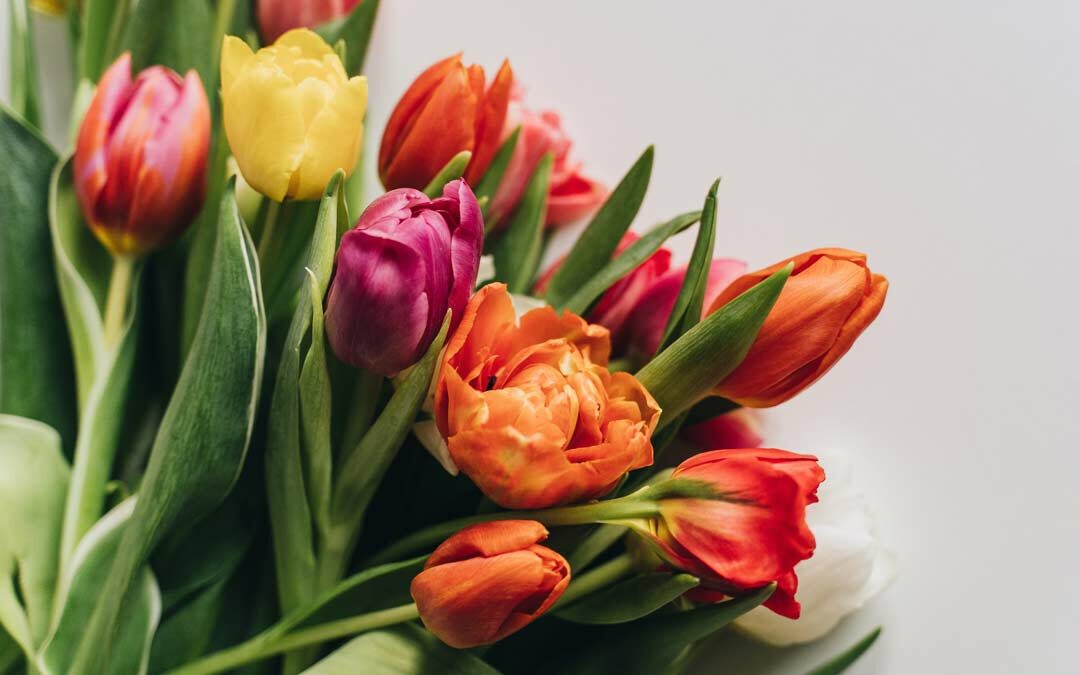 Those are eye-popping numbers! It is worth pointing out that the 12 month returns are from the depths of the correction, but even the 5 year returns are above average.

Let us try to explain the why behind the past numbers and provide a little insight into what to expect as we go forward. When COVID-19 began last March, we went through an unprecedented shut down of the economy – exemplified by the drop in employment. The stock market plunged at the same pace.

This was a new and unexpected crisis. But almost as quickly as it began, investors realized it would be a temporary phenomenon. We didn’t know how it would be resolved, but we were confident it would be. Arguably, the market got ahead of the fundamentals by September, and last October through November there was a pause in the market’s trajectory. At the same time, we faced a surge in cases as shown below.

The surge peaked in January and we are now approaching the zone of herd immunity that we need to move past this crisis. As everyone knows, however, it is a race against time since new COVID variants are coming fast and we can not be sure how effective the vaccines are against them. I would hope and expect the fatality numbers to continue to fall since we have focused on vaccinating the most vulnerable in our society. In fact, yesterday (April 4th) just 222 deaths were reported in the USA – the fewest since March 23, 2020.

We cannot say for certain there will not be another surge, but it certainly looks like we are fast approaching something like a more normal environment. Last month we added 916,000 jobs in the USA and the unemployment rate fell to 6%. There are still 8.4 million fewer jobs than in February 2020, but we are clearly headed in the right direction.

This strength in the economy comes even before the government’s stimulus program has taken effect, so we can expect even stronger growth as we go forward.

With economic growth estimated to possibly reach 7% this year and 4% or better next year, some economists are beginning to worry about inflation. We continue to believe that inflation is anchored by long term structural factors. As shown in this chart, inflation has not been consistently above 3% since the 1980s.

What would it take to see inflation rise like it did in the 1970s? It would require a combination of labor costs consistently rising, and inflation expectations rising. Shown below are charts of how those factors got out of hand in the 1960s.

The Fed made a series of policy blunders in the 1960s and 1970s that arose from both conceptual errors and political pressure. Today, having learned from past mistakes, the Fed now sees keeping long-term inflation expectations anchored at 2% as a paramount goal. There is no guarantee they won’t blunder again, but economists and the institution of the Fed have learned from prior mistakes.

However, while they want expectations anchored at 2%, the Fed has been telling us for some time now that they want to see inflation rise to a little above 2% to offset a decade of below 2% inflation. Already, longer term interest rates have increased to reflect this. Since last August, the benchmark 10 year Treasury yield has risen from 0.52% to 1.74%.

This is still a low rate if inflation rises to 2% – 2.5%. It means there continues to be a negative inflation adjusted yield. I don’t expect rates to rise to the 2013 levels as shown above, but it would be surprising if they don’t rise to at least the level of inflation. This means continued low returns on Treasury bonds unless the circumstances change.

Turning to stocks, as the economy recovers so do corporate earnings. Estimated earnings growth this year is as high as 27% with another 10% possible next year. We do not argue the market is cheap, but at 19x – 21x forward earnings, and interest rates as low as they are, we do not think valuation is going to drive the market lower. It probably will act as something of a speed bump, and if there are negative surprises there could be a correction since positive expectations are priced into the stock market.

Reluctantly, let’s take a look at the political debate today – at least the one regarding taxes and infrastructure spending. There is little question that the USA’s infrastructure needs updating. We have roads and bridges dating back a century or more. We have no high-speed railway. A water main breaks every two minutes wasting 6 billion gallons of water each day. Our airports were underfunded by $111 billion as of 2019. Transmission lines are inadequate as proven in Texas this winter. One in five school aged children lack high speed internet needed for stay-at-home school.

In contrast, China has over 23,000 miles of high-speed rail… enough to link New York and Los Angeles more than eight times.

But here, once again, the debate has taken its usual form. According to polls, polarization remains but is worse in Washington than in the country at large. Some politicians are against any form of tax increases to pay for increased spending. Other politicians want absurd levels of spending with no plan for paying for it. The Federal gasoline tax, which goes to pay for infrastructure is 18.5 cents per gallon. It hasn’t been increased since 1993. Common sense says it should be indexed to inflation. And, what are we going to do when most cars are electric? The need for roads and bridges won’t go away, but the tax revenue to pay for them will.

So far, the only tax increase that has been proposed is one on corporations from 21% to 28% and to impose some kind of minimum corporate tax. There is talk of other taxes to come, but so far this is the only proposal. There is no point in commenting on tax changes that haven’t been proposed yet. We will review them when they are. The previous law had a top corporate rate of 35%, but companies could get credit for foreign taxes and other expenses. Few companies (if any) pay anything close to the top marginal rate.

Infrastructure spending is economically friendly. Increases in taxes are generally not. With all the stimulus in the system, tax increases are unlikely to slow down economic growth. There will be winners and losers from tax changes, but it is too early to identify them and taxes are only one factor and rarely the most important. This is really the most important point to remember. Taxes are but one factor in our very complicated economy, in the profitability of a given corporation, or even in the motivations of an individual. If you Google ‘taxes and economic growth’, you will find an article to prove either side of the argument you wish. I would argue based on almost 40 years of experience and a dose of common sense:

I don’t like taxes. Nobody does. But could we stop pretending that we can have everything and never pay for anything? And could we stop pretending we don’t need government? Government pays for roads, bridges, defense, police and fire departments, schools, social security, health care for the elderly and the poor, and much more. Our society depends on these things.

Finally, the market trend is still bullish and sentiment is still too optimistic. So far this year we have had a correction of only 4% that lasted a couple of weeks. As always, be prepared for 10% correction any time, but we continue to believe the weight of evidence says maintain our current policies…slightly overweight stocks, underweight bonds and cash.

Thank you for your continued confidence.