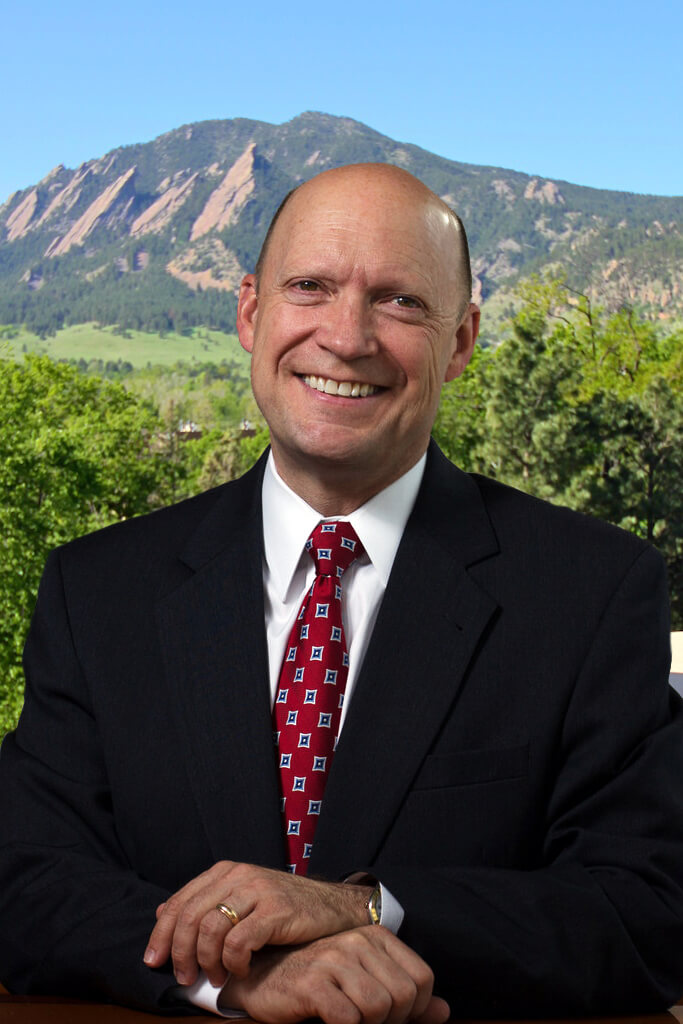 Before joining CFM, Rick spent seven years at the University of Colorado Foundation where he served in a number of executive roles including President and CEO, Chief Operating Officer, and Chief Financial Officer.  His efforts were fundamental to the strategic planning and execution of the Foundation’s $1.5 billion Creating Futures campaign, during which the foundation realized its five most successful fundraising years in its history.

Prior to his 2006 arrival at the Foundation, Rick worked in banking for more than 25 years at Bank One Corporation and, from 2000 to 2006, Vectra Bank of Colorado where he was Chief Financial Officer and later managed the operation in greater metro Denver, as well as leading the statewide operations, IT, compliance and regulatory relationships.

Rick has led or served on many volunteer boards.  He is currently a member of the board of Foothills United Way, TRU (Boulder County Hospice), and The Directors Club (University of Colorado Alumni Association).

Rick received his bachelor’s degree from the University of Colorado and is a 1988 graduate of the ABA Stonier Graduate School of Banking.  He and his wife, Barbara, live in Lafayette, Colorado and have two children.